So, let's start off with the good things.

PROS:
- Yes, it really does work with wireless charging stations.
- Yes, is syncs with your speakers...Kind of?
- Yes, it is unique and SUPER cool!
- Yes, it is thin and light (like, super light!)

When I first got the case, I noticed that it was packaged VERY well and looked professional. When I opened it however, I noticed that the design was...much more girl-ish than I realized. I bought this on a whim one night while I was scrolling through my Instagram feed. I thought the background was black for some reason, not the pink-ish white is it's true color. Initially, I was self-conscious about this, but after about a day or two later, I couldn't have cared less. It looked slick and it grabbed me some compliments around the work place. Yeah, Target employees, I'm looking at you. Some of the comments on Instagram complained that the phone case was fragile and slippery, but so far in my experience with the case, it isn't slippery. Unless you ONLY grab the back of your phone and ignore the rubber sides all together, then yeah it's slide around, but if you hold onto the phone like a normal human-being, then it's not going anywhere. (I encourage anyone reading this on their phone to notice the contact points to get my point. The sides of the phone will ALWAYS make contact with some place on your palm/finger tips.) Just make sure if you lay it down, it's some place flat. The rubber doesn't grip firmly on the back.

I take great care of my phones. Always have. Always will. I haven't dropped it and I haven't gotten it (super) wet. I can say this though, I've had it for about a month now and there's aren't any noticeable scratches or dings. As stated, I work retail and will work some other odd jobs time-to-time and I haven't really damaged the case. I haven't taken it any outdoors or any kind of crazy adventure though. Even then, I usually keep my phone tucked away some place safe when it can't be thrown or dropped somehow.

The lights work via a plug near the charging port. Once they are plugged in, they blink and (kind of) sync to your music. This is a blessing and a curse. A blessing since it blocks dust and all other nasties from invading it's port. (I'll get back to this later.)

And the bad things.

CONS:
- The lights aren't really synchronized.
- No off switch. When it's plugged in, the lights are always there.

The lights can are strange. Because of JUST the lights though, so the off-synchronization isn't that much of a big deal. Some songs are better than others, but I know for my music library, it doesn't vibe all that well.

Honestly, my biggest complaint, and why it isn't 5 stars, is because there's no off switch. To turn off the lights, you simply unplug it from the phone, which might not seem like that big of a deal, but being considerably far in the North, I tend to be wearing gloves outside. And, if you leave it plugged in, it *does* chew on your battery's life. With all that said, I'm just nit-picking here.

The CONs aren't that bad, and I can easily look over them, no problem. If you want a cool phone case with a cool design that has cool features, I really recommend this brand!

Here's a 31 second video of the music sync:
https://www.youtube.com/watch?v=v6qsxaMllLA&ab_channel=MichaelCutler

My case is super nice and cute. I love the feel of it and the light up feature as well it great and just like the ad I saw on Instagram. The customer service is wonderful Mia is great and helpful. I usually get a response in one or two days, which isn’t long at all. Definitely told my friend to buy one for himself too! I told it was going to take a really long time to get to me I order on March 3rd and got it close to the end of March. Which is understandable since it’s being delivered overseas. Great case though!

This has to be one of the coolest cases I have owned/bought. 100% recommend!

The case is amazing and doesn’t kill your phone battery quickly. It’s a great case that isn’t bulky and looks amazing.

W
Whitney
im very happy with this product it is as good as i ...

It's better than I thought. Slim fit, looks good, and still works with wireless charging.

Let customers speak for us

I got my phone case and right away I put it on my phone, I love how it look 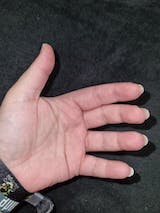 If the Leds would still work, I would give 5/5 stats, but I guess some of the wiring around the usb-c port broke...it doesnt light up at all now

Nevertheless it is still a descent case for this price, but it has its flaws here and there.

Very cute but the light cuts off in a weird way like doesn’t blend and the plug for the light is REALLY hard to take out. And it’s impossible to take off your phone. As seen in photo first time I took it off my phone it cracked and I was very careful. Not worth the money unfortunately. 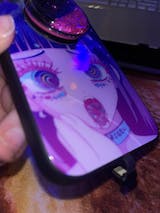