What is wireless charging and why do we choose it? - BazaarDoDo
Startseite / Latest News
← Vorheriger

Wireless charging is a new type of charging technology which has emerged in recent years. This technology frees the phone from the limitations of the cable during the charging process and allows the appliance and power supply to be completely separated. It shows better advantages than traditional chargers in terms of security and flexibility. With the rapid development of science and technology, wireless charging has shown broad development prospects.

Qi standard is developed and promoted by Wireless Power Consortium(WPC, established in 2008), the world's first standardized organization. It’s an open interface standard that defines wireless power transfer using inductive charging over distances of up to 4 cm (1.6 inches). The system uses a charging pad and a compatible device, which is placed on top of the pad, charging via resonant inductive coupling. The standard ensures compatibility and universality of wireless chargers, as long as it is a product with the Qi logo, no matter what brand,  you can use the Qi wireless charger to charge it. In February of 2017, Apple joined WPC.

What do you want or like the most from a wireless charger? Let customers speak for us

The case doesn't fit for my Phone...
The Description says it fits for the redmi Note 11 Pro, but it actually only fits the redmi Note 11 Pro+.
Also the wireless charging doesn't work so everytime I want to charge my Phone I have to remove the cable of the case.
When I wrote to support to get this sorted out I didn't get a reply. 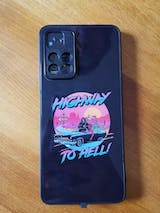 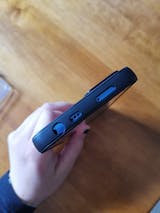 Well designed phone case, the only issue, if you can call it an issue, is the finish of the case is so smooth!
I worry it will slide out of my fingers! 😅
That aside, it's a wonderful case with a well crafted design.

I ordered it along with a hoodie and the hoodie came in fine but the phone case never showed and support never helped or responded after I sent my info. The tracking number for it only came after it said it was delivered and never showed history of it. I never received it or got help.

E
Touch LED Case for Samsung Ermy (Fort Dodge, US)
Never it arrived to me!!!

I was waiting for it for a long time, and it still hasn't arrived, it's been 1 month and almost 2 weeks, I still need it and I want it or else my money back